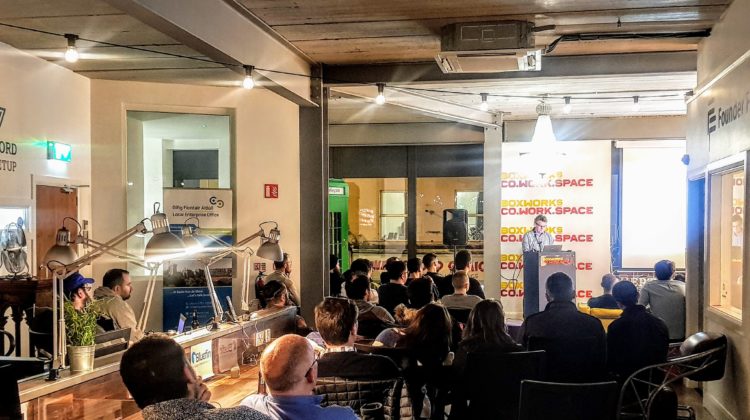 Last night I did a talk to the Water Tech Meetup on the Power Platform and the low code revolution. This was very well attended which I hope was down to me rather than the free pizza and beer. It was in a very nice venue called Boxworks which is a cool shared office space.

From what I could gather the audience contained a large number of open source developers and in fact the second talk that evening was on open source. I could sense some people were never going to impressed with Microsoft and the Power Platform. Anyway I ploughed on as I always do.

I did a intro on the Power Platform and why organizations might be interested in a low/no code platform. I concentrated on demonstrating Power Apps and Power Automate and explained the differences between Canvas Apps, Model-Driven Apps and Power Apps Portal and in what scenarios you might use each application type. I did demo of creating model and canvas apps.

I did get some questions during the talk but was surprised I did not get asked more during the break. Then as I left the building a coupe of young guys from Red Hat started asking me me questions about Power Automate. We had a bit of a chat about how easy it is to create a Web Api using Http Request and that you could they also use Logic Apps to do that as Power Automate Flows run on Logic Apps. I got the feeling they were not going ask about this in front of all the Red Hat guys :-).