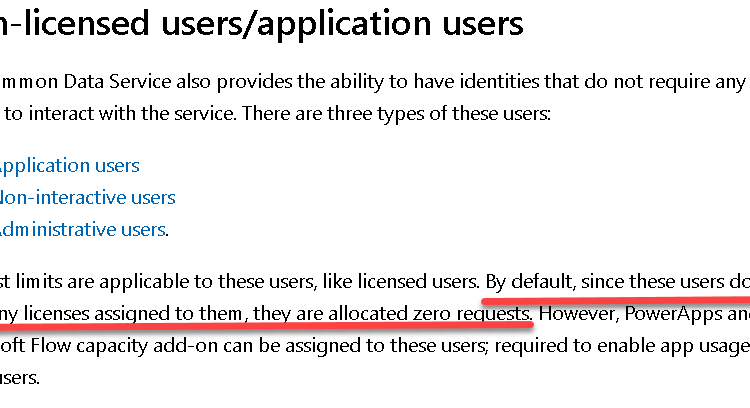 The October release of the Power Platform covering Dynamics 365 sees the introduction of API call limits based on a user’s licence type. For example a PowerApps per user licence will allow a user to make 5,000 API calls in a given 24 hour period.

An important point for developers in the required API limit changes, which can be found here, is that the fact that going forward that non-interactive Common Data Service accounts will now need licenses. (I say licences but in fact are called API Add On’s). As the Microsoft documentation explains “By default, since these users do not have any licenses assigned to them, they are allocated zero requests.” So in theory after October if you are using non-interactive accounts they will stop working.

Microsoft will have metrics on the number of Non-Interactive accounts that are in use and it is hard to believe all of these might suddenly stop working. Businesses might not even be aware the they are using non interactive accounts if a partner has implement a process that uses them.

Time to start checking your implementations!