Power Automate is a cloud-based service that allows you to create and automate processes and actions which will save time and effort with repetitive tasks. There are many benefits of Microsoft Power Automate such as Streamline everyday tasks, improved workforce productivity and the ability to easily share and access business data. Check out the latest posts on Power Automate. 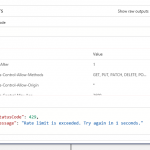 Previously I have written some blog post, like this one, showing how easy it is to create API endpoints in Flow and Logic Apps. This involves creating a workflow that gets triggered by an Http Request with a Json payload.  There are asynchronous “fire and forget” API calls and the calling process receives a 202 response code to indicate the workflow has been triggered. … END_OF_DOCUMENT_TOKEN_TO_BE_REPLACED 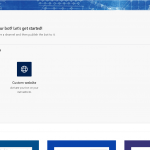 This post demonstrates how easy it is to build a Bot using Power Virtual Agents. The Bot will call a Power Automate Flow to return data from CDS and display it to the user. Power Virtual Agents is part of Microsoft’s push to democratize AI and it allows Bots to be created using a Flow like designer without any code. … END_OF_DOCUMENT_TOKEN_TO_BE_REPLACED 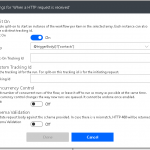 A use case I like with to use with Flow and Logic Apps is to create a workflow triggered by a Http Request that acts as an API endpoint. In a previous post I explained how to do it and how to configure Flow to the validate the Json payload. In that post the Json request was just a simple contact object with a few data fields that we inserted into Dynamics 365. Did know … END_OF_DOCUMENT_TOKEN_TO_BE_REPLACED 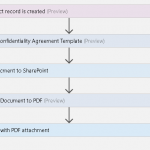 One of the never ending challenges of using Dynamics 365 was how to generate and email PDF's using data from Dynamics. While Word templates went some way towards solving the problem they have not been improved for a number of years. So generating PDF's usually requires third party tools. With the release of the new Word Online (Business) connector for Flow and Logic … END_OF_DOCUMENT_TOKEN_TO_BE_REPLACED

While doing some testing recently with Logic Apps I had some workflows fail with a status code of 429 when calling Dynamics 365 actions.  A 429 status code indicates that the number of API calls to Dynamics 365 in one minute has been exceeded. This post explains how you can configure the concurrency setting of a Logic Apps workflow to avoid this problem. … END_OF_DOCUMENT_TOKEN_TO_BE_REPLACED 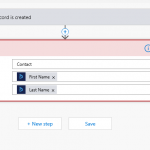 Up until recently synchronizing data in in the cloud with an on premise database was a major challenge which typically involved writing code. With the Digital Transformation revolution and the availability of a range of integration offerings in Azure this is no longer the case. Here is a sample Microsoft Flow which demonstrate how the creation of a contact record in Dynamics … END_OF_DOCUMENT_TOKEN_TO_BE_REPLACED 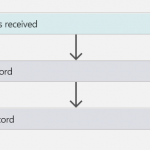 You can create Logic Apps and Flow workflows that trigger on receipt of a Http request and optionally receive a Json payload. This technique can be used as an integration pattern in a B2B enviroment.  You can design your Json scheme specifically for your partners so that is is easy to use and understand.  This provides your integation partners with an API … END_OF_DOCUMENT_TOKEN_TO_BE_REPLACED